July 21, 1861, Washingtonians trekked to the countryside near Manassas, Virginia, to watch Union and Confederate forces clash in the first major battle of the American Civil War. Known in the North as the First Battle of Bull Run and in the South as the Battle of First Manassas, the military engagement also earned the nickname the “picnic battle” because spectators showed up with sandwiches and opera glasses. These onlookers, who included a number of U.S. congressmen, expected a victory for the Union and a swift end to the war that had begun three months before.

Instead, the battle that day resulted in a bloody defeat for the Union and sent the picnickers scrambling to safety.

On July 16, federal forces led by Brigadier General Irvin McDowell began marching from the nation’s capital toward the strategic railroad junction at Manassas, some 30 miles away, where Confederate troops commanded by General Pierre G. T. Beauregard had amassed. Five days later, ordinary citizens—along with various U.S. senators and representatives, reporters and the photographer Mathew Brady, who went on to become famous for his images of the war—arrived in the area to check out the action. Many people parked themselves near Centreville, Virginia, several miles from the actual fighting.

The battle got off to a promising start for the Yankees; however, the Confederates soon called in reinforcements and counterattacked. Later that afternoon, Union troops, who like their opponents were poorly trained, began to withdraw. Some soldiers panicked and ran from the battlefield, and the spectators’ amusing summer outing turned chaotic. Civilians hustled back to Washington along with retreating Union troops. Some legislators attempted to stem the tide.

A senator from Michigan tried to block the main road to Washington while one from Ohio grabbed a gun and threatened to shoot any deserters. Henry Wilson, a senator from Massachusetts and a future vice president took pity on the fleeing soldiers, passing out sandwiches as they passed by. Confederate forces were in too much disarray to go after the Yankee army, although rebel soldiers took a congressman, Alfred Ely of New York, prisoner.

Out of more than 28,000 Union soldiers at the First Battle of Bull Run, over 2,800 were killed, wounded, missing or captured; of the more than 32,000 Confederates, there were over 1,900 casualties. The battle showed Congress and President Abraham Lincoln that the Civil War would be much lengthier and tougher than they’d anticipated. 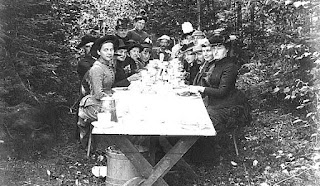 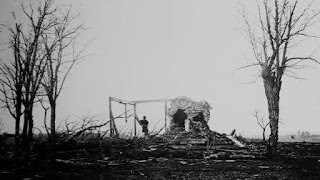 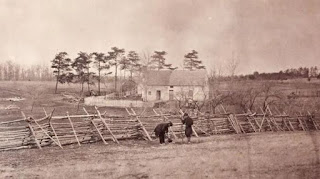 Who In The World Do You Think You Are?

September 20, 2020
A father said to his daughter “You graduated with honors, here is a car I acquired many years ago. It is several years old. But before I give it to you, take it to the used car lot downtown and tell them I want to sell it and see how much they offer you. The daughter went to the used car lot, returned to her father and said, “They offered me $1,000 because it looks very worn out.” The father said, ”Take it to the pawn shop.” The daughter went to the pawn shop, returned to her father and said, ”The pawn shop offered $100 because it was a very old car.” The father asked his daughter to go to a car club and show them the car. The daughter took the car to the club, returned and told her father,” Some people in the club offered $100,000 for it since it’s a Nissan Skyline R34, an iconic car and sought out after by many.” The father said to his daughter, ”The right place values you the right way,” If you are not valued, do not be angry, it means you are in the wrong place. Those who know your
Post a Comment
Read more